October Revolution and Porcelain in the 1920s 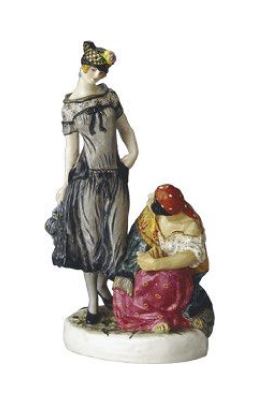 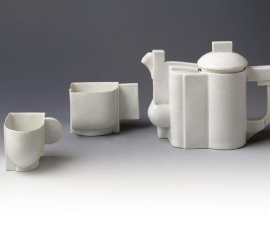 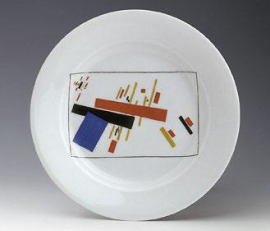 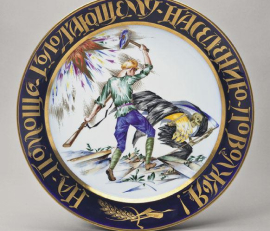 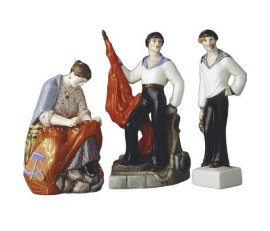 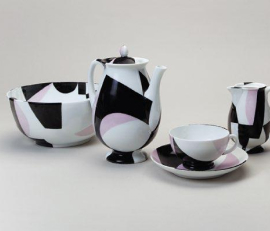 In March 1918 the State Porcelain Factory was put under the guardianship of People’s Commissariat for Education. The enterprise personnel was set a task to convert the former court man ufactory as soon as possible into an “experimental ceramic laboratory of republican significance”, producing “propaganda  porcelain in the high meaning of  this work – revolutionary in content, perfect in form and impeccable in its technical execution.” The first post-revolutionary years were marked by a truly unseen boom of mass-scale propaganda art. In this festive polyphony of resounding and vivid colours, in the use of special imagery for the propaganda of the victorious revolution, porcelain products occupied a prominent place. Plates, saucers and cups were decorated with the same slogans, aphorisms and sayings, which could be seen on posters and panels on squares and streets of red Petrograd. By orders of Vladimir Lenin, head of the state, the production of artistic porcelain at the factory took an “exclusively export character”, and propaganda porcelain became hardly not the only export item of the republic’s contemporary art industry.

The creation of post-revolutionary porcelain was connected, above all, with the name of Sergey Chekhonin, who was put at the head of creative work at the factory by the Fine Arts Department of the Commissariat for People’s Education. Vasily Kuznetsov, Natalia Danko and Rudolph Wilde began to work Mikhail Adamovich, Zinaida Kobyletskaya and Maria Lebedeva. Prominent artists, such as Nathan Altman, Mstislav Dobujinsky, Vladimir Tatlin, Kuzma Petrov-Vodkin, Pavel Kuznetsov, Boris Kustodiev and Alexander Matveyev, also contributed to the creation of porcelain articles. In 1918 Chekhonin invited to the factory Alexandra Shchekatikhina-Pototskaya, who studied first at the Imperial Society for the Encouragement of Arts and completed her education in the Académie Rançon in Paris. By this time Shchekatikhina, a pupil of Nicholas Roerich and Ivan Bilibin, had a success as a theatrical designer, but the outstanding gifts of this eminent master were  most fully revealed in the field of porcelain. In search of new solutions in the field of form Kasimir Malevich, a founder of Suprematism, and his pupils were invited to work with porcelain. In sculpture and painted decoration of porcelain they used Suprematist compositions revealing the dynamism of proportions and lines. Suprematist. In 1925, to commemorate the 200th Anniversary of the Russian Academy of Sciences, the State Porcelain Factory was named after the outstanding scientist Mikhail Lomonosov. And in the next year the factory sent to the World Exhibition to Paris about 300 works created in the post-revolutionary period.