The State Hermitage Museum took over the unique museum collection of the Imperial Porcelain Manufactory in February 2001.

The IPM museum (at 151, Obukhovskoy Oborony Prospekt) was established in 1844 by decree of Nicholas I as a repository of art pieces worth exploring and replicating. It was launched long before such famous treasuries of art as Tretyakov Gallery and Russian Museum. Its unique collection illustrating the 270-years’ history of the first porcelain manufactory in Russia numbers over 30 thousand displays, including imperial porcelain and glass, Soviet attributes, products of famous European manufactories and Russian private plants, Japanese and Chinese porcelain. No other museum in the world can boast of historical and cultural artefacts of similar value. The museum library founded in the second half of the 19th century, features rare books on porcelain and arts as well as sketches and other works by world-known artists. 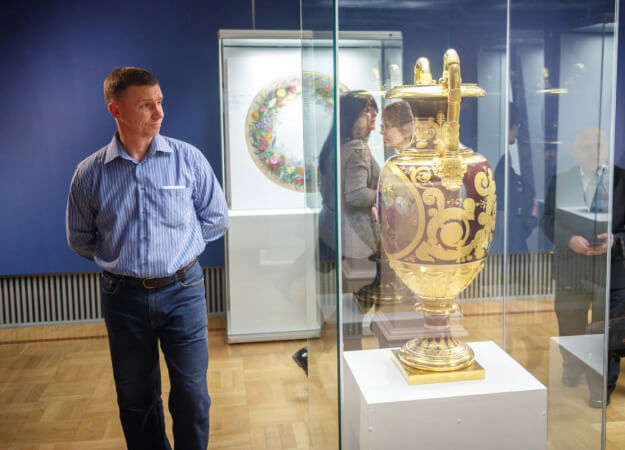 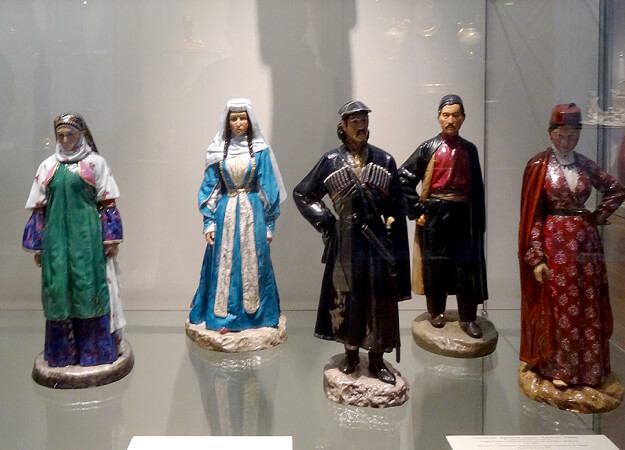 Pursuant to the order of Alexander III, the manufactory started replicating the porcelain made for the imperial family in the late 19th century to keep a copy in the museum. This tradition continued in the Soviet period, from 1920s till the last decade of the 20th century. The museum collection left the IPM premises twice: to keep it intact, the collection was moved to Petrozavodsk in autumn 1917 and evacuated to Irbit, the Urals, during World War II and the Siege of Leningrad

The war over, Moscow decided to transfer the porcelain collection to the Russian Museum. The best artists led by N. M. Suetin and backed up by prominent art community managed to keep the collection in the Imperial Porcelain Manufactory. Extensive support in this regard was provided by V.I. Mukhina, a famous Russian sculptor. It was evident that the museum collection was national patrimony which could not exist outside the manufactory which had created and continuously expanded it. The museum has been a school of professional excellence, a fertile source of inspiration for several generations of artists, a link between the past and the future of Russian porcelain for 150 years. It served the basis for numerous local and foreign fairs and solo exhibitions of leading artists. Following the decision of the Ministry of Culture, the museum porcelain collection was exhibited in Austria, Belgium, Germany, Japan, Switzerland, UK, etc. 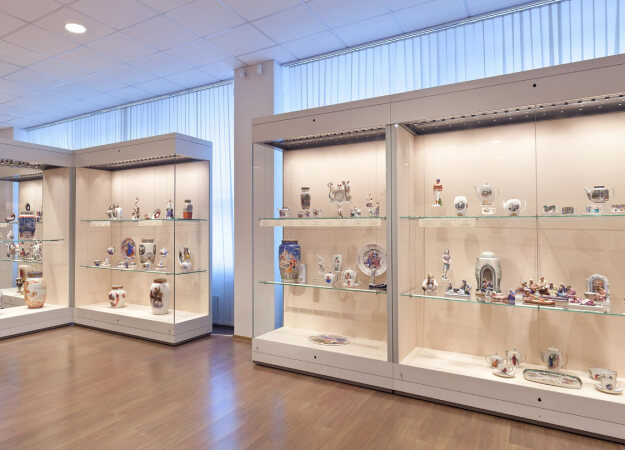 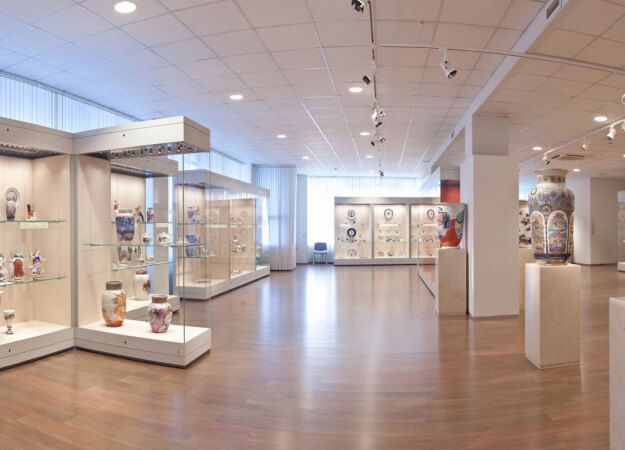 The Distinguished Visitors’ Book of the Imperial Porcelain Manufactory and its museum features the names of imperial family members, Kazimir Malevich, Anatoly Lunacharsky, Maxim Gorky, Feodor Shalyapin, Sergey Yesenin, Vladimir Mayakovsky and Lilya Brik, Vsevolod Meyerhold and Zinaida Reich, Yekaterina Furtseva, Minister of Culture of the USSR, Valentina Tereshkova, the first woman in space, Leonid Brezhnev, General Secretary of the Central Committee of the Communist Party of the Soviet Union, Anatoly Sobchak, the first mayor of Saint Petersburg, and many others.

The Imperial Porcelain Manufactory and its museum is a unique place where the history and culture of Russia has been embodied in porcelain for almost three centuries.

At the turn of the century, the privatized manufactory fell into the hands of US funds. As a result, the future of unparalleled museum collection which continued to be the national property was unclear again. The former Governor of Saint Petersburg decided to transfer it to the Russian Museum to be exhibited in the Stroganov Palace. Fortunately, M. B. Piotrovsky, Director of the State Hermitage Museum, argued against moving the collection from its historical site. He understood perfectly that with this tie severed, traditions could be irrevocably lost. His ultimate authority and suggestion to take the museum under the patronage of the State Hermitage produced an effect.

They made a decision to finance the reconstruction of museum halls and entrance lobby and set up a new store and modern porcelain gallery. The Porcelain Manufactory Museum was reborn as a department of the State Hermitage Museum on 22 December. This means that it has become open for everyone for the first time in century

The museum is open every day, except Mondays.

For virtual museum collection, please visit the website of the State Hermitage Museum.

The Heritage Foundation selects the best works created by modern porcelain artists, continuing the traditions of the IPM Museum founded on the order of Nicholas I, which since 2001 has been under the supervision of the State Hermitage Museum. Employees of the Foundation formed an extensive collection, including about 19,000 items. The Foundation is annually replenished with new items, included in the collection upon the Art Council decision. 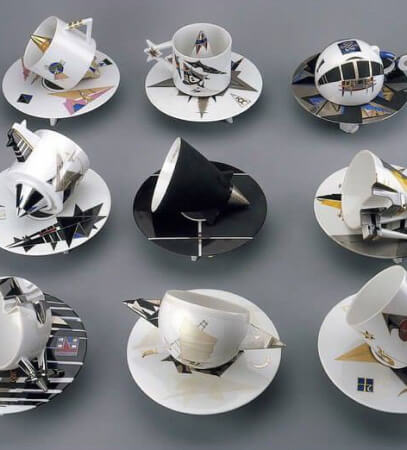 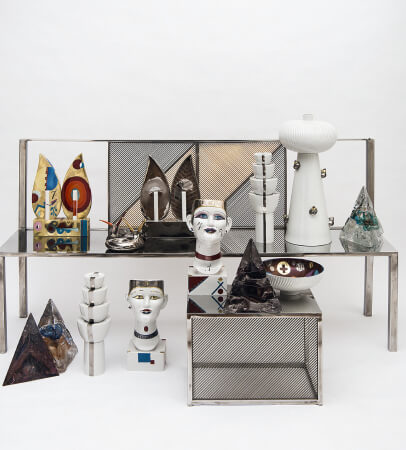 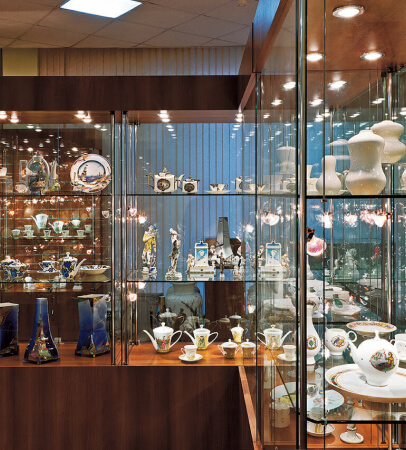 In addition to author's porcelain items, replicas of masterpieces from the State Hermitage collection, special order items of the highest artistic level, as well as donated items have an important place in the collection. In 2014, the collection of a unique model foundation saw the beginning of its formation.

The wonderful collection of the Heritage Foundation is the pride of the enterprise and can be called the gold reserve of modern porcelain without any exaggeration. 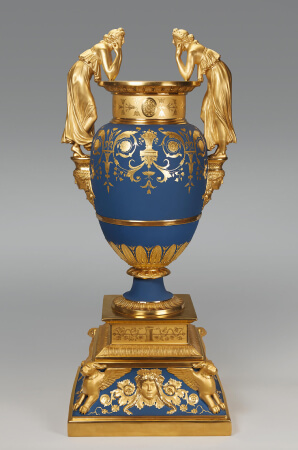 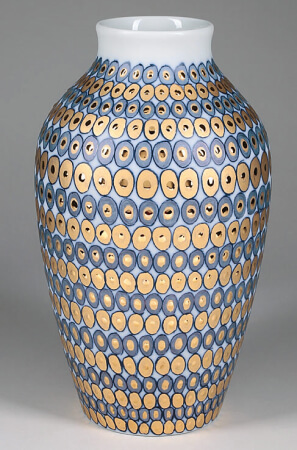 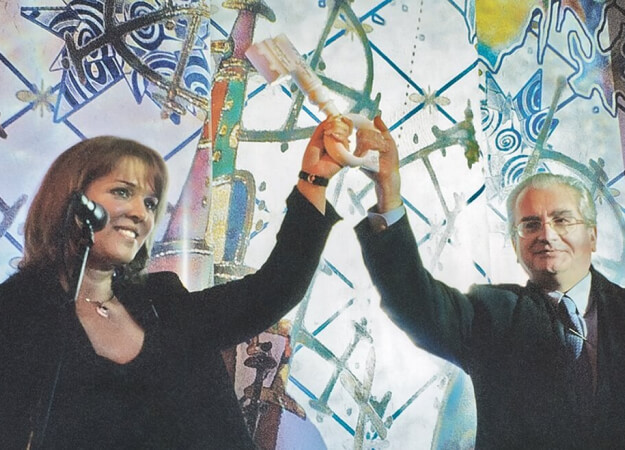 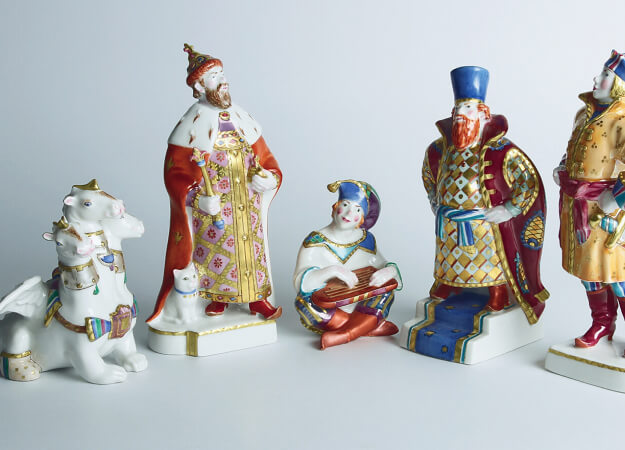