Foundation of Manufactory under Empress Elizabeth of Russia 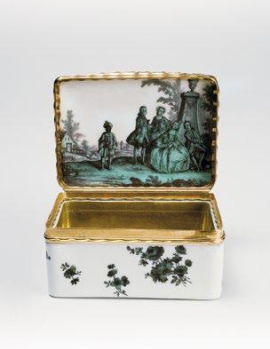 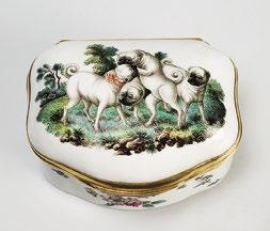 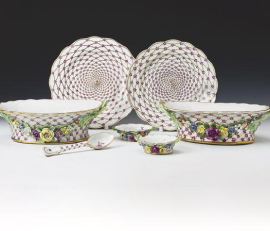 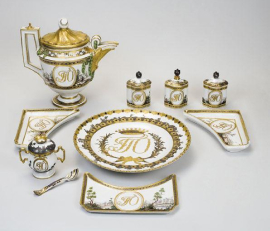 Established in 1744 in Saint Petersburg by order of Empress Elizabeth, the daughter of Peter the Great, the Imperial Porcelain Manufactory became the first porcelain works in Russia and the third one in Europe.
A little more than three centuries ago the Europeans had no idea from what porcelain was made. Chinese masters carefully guarded the secrets of its production. Owing to its rarity and price porcelain was valued as gold and it was often called “white gold”.

Articles made of porcelain were presented as gifts to crowned persons, they were used to embellish state halls and to lay tables on special majestic occasions, and noble court ladies used to wear small pieces of porcelain on golden chains as the most expensive and exquisite decorations. It was only at the beginning of the eighteenth century that the Saxonian alchemist Johann Friedrich Böttger, who spent many years looking for the “philosopher’s stone”, at last found, with the assistance of the physicist and mathematician Ehrenfried Walther von Tschirnhaus, a recipe for the production of European porcelain.

In 1710, Europe’s earliest porcelain manufactory was founded at the inaccessible and closely guarded Albrechtsburg Castle of Meissen. This event naturally could not pass unnoticed by Peter the Great, a passionate admirer of European scientific and technological experience. The autocrat regularly ordered porcelain and faience crockery abroad for everyday use and for the decoration of his interiors. During his visits to European countries, Peter the Great revealed an interest in the production of porcelain and even tried to create a similar enterprise with an assistance of foreigners in Russia. Peter’s idea to establish a court porcelain manufactory in Russia was, however, realized only twenty years later, by his daughter Elizabeth Petrovna, Russian Imperatrice.

On 1 February 1744 Baron Nikolay Korf concluded an agreement with Christoph Hunger, according to which the latter was obliged “to establish in St Petersburg a manufactory for the production of pure porcelain in the manner it was produced in Saxony.” It turned out, however, that Hunger knew too little to organize a new production. Baron Cherkasov, who was charged with the organization and supervision of the manufactory by the empress,faced a dilemma: to look abroad for a new man acquainted with porcelain production or to entrust the “porcelain business” in Russia to Dmitry Vinogradov, who in November 1744 was trained nextto Hunger as a pupil. D.I. Vinogradov (1720–1758), a talented Russian scientist, distilled the secret of so-called “white gold”. He was the first in the history of ceramics to draw up the scientific description of p orcelain manufacturing process close to the latest concepts of ceramic chemistry. Russian porcelain, created by Vinogradov exclusively from local raw materials, was not inferior to porcelain produced in Saxony. During the early period the dimensions of the furnaces allowed to produce, in addition to large quantities of snuff-boxes, only small pieces: they manufactured tea, coffee and chocolate cups with saucers, sweet bowls, saltcellars, tips for walking sticks, handles for knives and forks, spoons, buttons, smoking pipes, Easter eggs and many other items.Since 1756, when Dmitry Vinogradov managed to build a large kiln, they began to make plates,dishes, trays, candlesticks, wine bottle coolers and wineglass holders…
It was in this period that the earliest table set, owned by Elizabeth Petrovna and called “Her Majesty’s Own Service”, was produced.